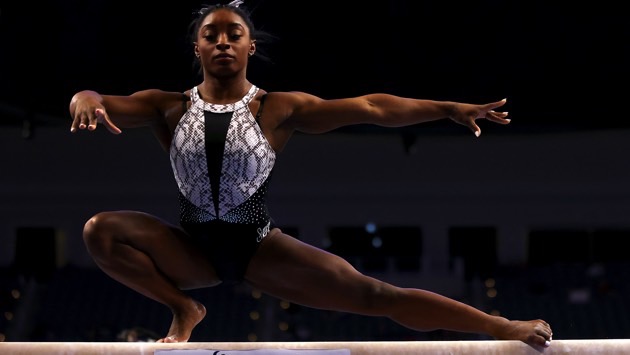 Biles, 24, won her seventh national women’s all-around title at the U.S. Gymnastics Championships in Fort Worth, Texas, with a score of 119.650. The win gives her the most wins by any American woman in history.

In addition to taking gold for the all-around, Biles also won the vault, balance beam and floor exercise titles. According to the Olympics, the last woman to win three titles was gymnast Kim Zmeskal in the 1990s.

The four-time Olympic gold medalist won her first U.S. Championship title in 2013 and has taken home the gold almost every year since, except in 2017 and 2020.

“I feel like I did try to enjoy it, because it could be one of my last championships that I’ll attend,” Biles said. “But it’s also the road to Tokyo, and after this we have trials, so we just have to really embrace the moment.”

The U.S. Olympic team trials — in which athletes aim to qualify for the national team — will be June 24-27 in St. Louis. If no further postponement or cancellations occur, the Tokyo Olympics will begin July 23.